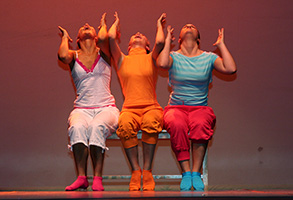 We offer Contemporary Dance courses for both amateur and professional levels.

Contemporary Dance is the youngest of the technical disciplines and has its origins at the end of the 19th century. In the beginning an alternative to the strict technique of classical ballet was sought and dancers began to appear dancing barefoot and making less rigid jumps than the traditional ones on stage.

It arises as a need to express oneself more freely through the body.

This discipline allows, in spite of the control, a greater relaxation in the movements guided basically through impulses and with what they pretend to demonstrate feelings and emotions.

During Contemporary Dance classes, it is put into practice:

In our school we study these Contemporary Dance techniques: Cunningham, Graham and Release.

The Cunnigham technique is based on flexibility, controlled force, constant use of different speeds, clarity of movement, a physical and mental development with foot management (in his own words), back work in front and feet the classic positions using combinations. 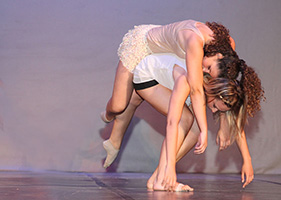 The Graham technique is based on the principles of contraction and relaxation. Graham focuses on releasing emotions through pelvic and abdominal contractions, relaxation on inspiration, muscle spasms, stretches and pulls.

In the Graham technique, the torso is the central axis in the expression of emotions. The contractions begin in the pelvis. The arms, hands and legs are used to create images and to move in space.

The relationship with the floor also becomes important. The movements in Graham technique are rooted in the ground, fall to the ground, they impulse  from the ground to jump or shake against the ground. 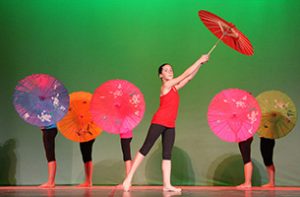 The release technique emphasizes the release of muscle tension when performing movements. The purpose is to achieve an efficient use of energy and anatomy so that movements are made with minimal effort.

More than 50 years of experience endorse us as one of the best Dance Centers nationwide.

With 4 schools and more than 2000 m2 of facilities, we can offer a wide variety of options.

We are a great family

Despite our size, we do not stop being a family business, so the treatment is close and personalized.

Courses taught in our schools: